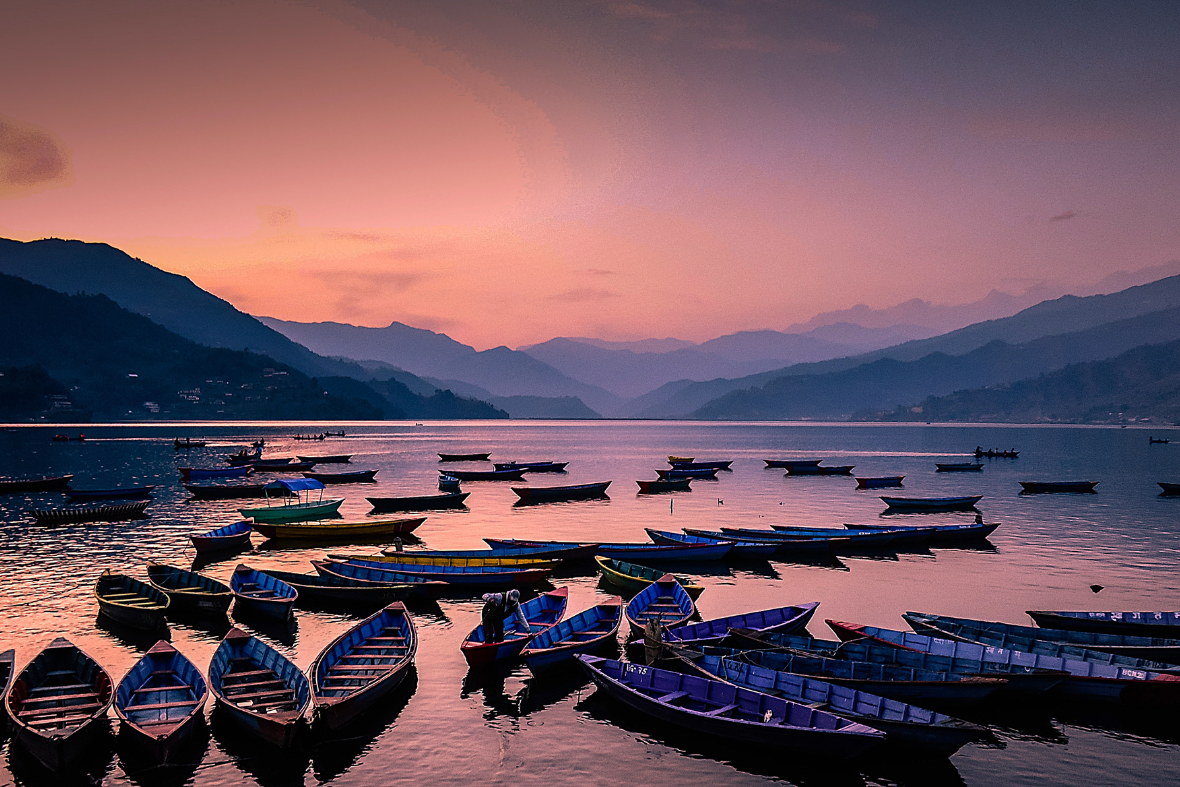 Ideal Number Of Days For A Perfect Nepal Trip.

Despite its small size, Nepal's rugged topography and uneven roads make it a much larger country. You might easily spend several weeks touring the magnificent Himalayan nation with its unique cultures, topography, and ecosystems.

However, you can see some of Nepal's highlights in as little as three days. It takes roughly two weeks to finish one of Nepal's legendary treks.

In three days, visitors may experience the attractions of Kathmandu and understand the old city's rich cultural legacy. Many people believe that Nepal is found outside the crowded metropolis, in the hills, mountains, rivers, rich agriculture, forests, and jungles.

A one-week journey will allow you to go on a short trek, or river trip, or visit several small villages surrounding Kathmandu to explore these natural wonders. A longer hike, a trip to a national park for wildlife viewing, or a cultural and nature tour can all be made in two weeks.

Plan three to four weeks to see the best of Nepal; this will give you enough time to finish a rigorous trek, such as the distant and under-visited Makalu Base Camp or the Arun Valley leading to the Everest Base Camp trek. You'd still have time to enjoy culture, the jungle, and other adventure sports like rafting.

Here are some proposed itineraries that range from three to four weeks in length.

If you're on a tight schedule, it's best to stay in Kathmandu, as the country's only international airport is there. Geographically, nothing is too far apart in and around Kathmandu, but traffic can be severe, so don't venture to cram too much into your days.

You don't need to leave the Kathmandu Valley to have a rich experience in Nepal because it is abundant in historical, architectural, and religious treasures. Spend the first three days of your vacation exploring Kathmandu's most famous attractions, including the Kathmandu and Patan Durbar Squares, Pashupatinath Temple, Swayambhunath Stupa, and Boudhanath Stupa.

You have enough time in up to a week to see the attractions of the capital (as suggested above), as well as go west to picturesque Pokhara. This route can be followed: spend the first two days in Kathmandu, then fly to Pokhara (ensure a seat on the right-hand side of the aircraft to enjoy mountain views).

Over the next several days, relax at Pokhara's Lakeside region and engage in some more adrenaline-pumping activities, such as paragliding, boating, and trekking. Return to Kathmandu and see some of the things you didn't have time to see the first couple of days.

If you have a week, you can even fit in a short trek near Pokhara. The Poon Hill-Ghorepani trip in the Annapurna region is one of Nepal's most famous short treks, offering a taste of the lengthier Annapurna Circuit in a fraction of the time. It's a short drive from Pokhara.

If a safari sounds more attractive, drive from Kathmandu to Chitwan National Park, about a six-hour drive away (or a 20-minute flight to Bharatpur). While Sauraha is the most popular base, it is relatively crowded. Instead, visit the small village of Barauli for a more relaxing stay.

Both high-end and low-cost lodging alternatives are available, like the Tiger Tops Tharu Lodge and the Barauli Community Homestay, respectively. Spend a few days at the national park observing animals and riding around the flat rural area.

In the park, you're almost sure to witness many one-horned rhinoceros, as well as a variety of birds and gharial crocodiles.

A combination of the above and a trek near Kathmandu or Pokhara can be enjoyed in ten days. Check out the Khopra Danda walk instead of the famed Poon Hill hike near Pokhara.

This 6-day trek is in the same area as the last one, but it goes into a less-traveled side valley. A memorable Nepal experience is watching the sunrise over the Annapurna Himalayas from the overlook.

The 5-day Kalinchowk Temple trip is an excellent option for a short trek near Kathmandu. This camping trip leads to a temple on a hill covered with small tridents, which symbolize the god worshipped there.

There are panoramic views of the Langtang Himal, Ganesh Himal, and Gauri Shankar. This trip can be paired with white-water rafting on the neighboring Bhote Kosi River for an added thrill.

Head to Langtang if you want to spend a little more time trekking throughout your ten days. The eight-day Langtang Valley trip has long been popular due to its spectacular scenery, fascinating Tamang culture, moderate pace, and proximity to Kathmandu.

The 2015 earthquake and resulting landslide had a massive impact on the area, but aid and repair have recently reopened this valley to trekking. Your visit will not only give essential support for local livelihoods, but it will also be a magnificent journey.

A tour to the Everest Region is also possible in 10 days. While you won't be able to climb to Base Camp, some fantastic 5- to 7-day treks are available.

You can get a good idea of Nepal's diversity in just two weeks. After seeing Kathmandu and Pokhara, take a trip to Chitwan National Park to see some wildlife. The traditional 12-day itinerary covers all of the major highlights.

Alternatively, if you're on a tight schedule, head to the less-visited Bardia National Park in the country's extreme west, which is best reached by plane. Tiger sightings are common, and the park has a far more rough vibe than Chitwan.

If you're feeling particularly daring, two weeks is plenty of time to include white-water rafting or kayaking instruction in your itinerary. On the Bhote Kosi and Trisuli Rivers, day trips are available, or on a 3-day Seti River trip or a 4-day Kali Gandaki River trip, camp out on Nepal's incredible beaches.

A strenuous hike can also be completed in two weeks. While you won't be able to walk to Everest Base Camp in seven to ten days, you will get a decent taste of the Everest region.

Try the challenging nine-day Nar Phu Valley trip, which includes Tibetan culture and scenery, or the 11-day Dhorpatan trek, which takes place in the shadow of Mt Dhaulagiri.

You can combine any of the above cultural and adventure activities with a mid-length journey in three weeks.

The Langtang Valley trip (moderate), the Tamang Heritage Trail (intermediate), and the Gosainkunda trek (challenging), all in the same region north-east of Kathmandu, are all good treks within easy reach of the capital.

If you want to go somewhere more distant, you can get to Upper Mustang in three weeks (if your budget allows—permits are pricey, at US$500 for ten days). Because this area is secluded and far distant from ordinary Nepali life due to its location in the Himalayan rain shadow, hiking here is all the more gratifying.

Upper Dolpo is culturally and geographically comparable to Mustang, with Tibetan culture and a dry scenery, but it receives fewer visitors. Upper Dolpo expeditions should last between eight and twenty days.

Nepal In Four Weeks And Above

Four weeks is the perfect amount of time to get out into the true wilderness and see some of Nepal's lesser-known regions. This amount of time also allows you to relax in Kathmandu or Pokhara for a few days before or after your trek, resting your body and taking in the culture and big-city attractions.

Instead of using the well-worn trekking paths, try the 23-day Arun Valley to Everest Base Camp trek, which offers spectacular vistas of Everest and Makalu. Alternatively, try the Makalu Base Camp trek, a 21-day hike with peaceful paths, gorgeous woods, animals, and rural culture.

If you're looking for a true challenge, climb one of Nepal's trekking peaks, such as Mera Peak, the country's highest trekking peak. A hiking peak is one that can be scaled without the use of specialized mountaineering equipment, yet this does not mean the task should be handled lightly. This may be your next big task if you've already walked Nepal's highlands.

The Dhorpatan trek, the Three Passes Trek, Upper Mustang, and the Dhaulagiri Circuit trek are possible additions to a four-week program.

Give yourself a few days in Pokhara (tourism capital of Nepal) or Pokhara on each side of your trek to relax your body and experience some cultural and big-city attractions wherever you decide to travel.

Road travel in Nepal is slow due to the fact that highways are either cut through hills and mountains or are in poor condition—or both. Although not all areas of interest or trailheads are close to an airport, flying will permanently save time.

However, keep in mind that most Nepalese airports have short airstrips, and flights are frequently delayed or cancelled due to inclement weather. If you overbook your itinerary, you risk missing an essential foreign flight.

Here's a handy list of city/town airports to keep in mind.