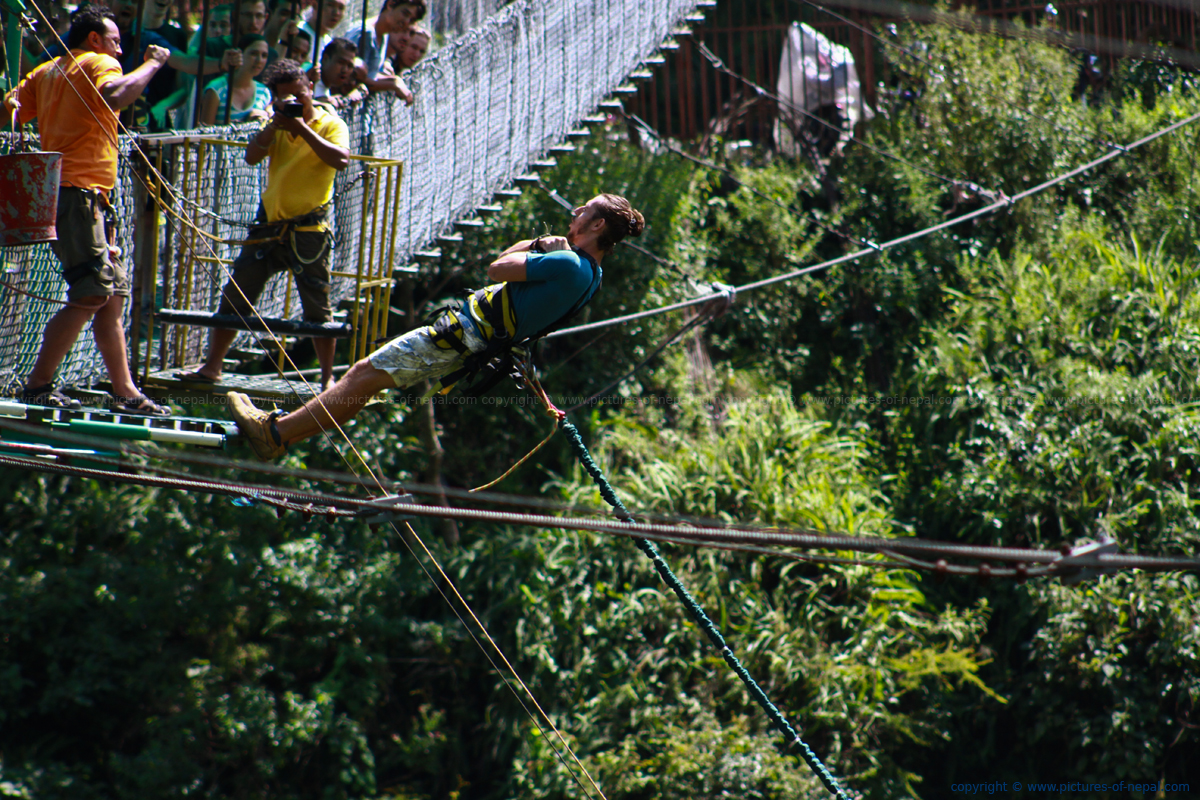 Things To Do In Nepal - Trekking, Adventure Sports, Culture, And Jungle

Nepal is a varied country with the world's highest mountains, rising in just over 100 miles from thick rainforest to snow-capped peaks. The country's capital and largest city, Kathmandu, is a vibrant metropolis steeped in history, culture, and ancient religion.

Its two religions, Hinduism and Buddhism, blend to entice Western visitors. Nepal never fails to provide a memorable experience with its unrivalled terrain and adventure.

While there are far too many beautiful things to do in Nepal to mention them all, we've limited it down to seven activities that are well-known in Nepal, as well as those that are relatively new.

Go Trekking/Hiking In The Himalayas

In this steep terrain, trekking is a way of life. Villagers and Sherpas will walk past in flip flops, with kids running on their way to school while you lumber in your state-of-the-art hiking boots. Porters carry heavy goods in dokos (baskets) with a namglo tied on their foreheads (rope belt).

Note: When a guide says the trail today is Nepali flat, he typically implies there will be plenty of ups and downs, just not as steep as usual. But the hike is frequently worthwhile: the pathways

lead to panoramic views, fluttering Buddhist flags, and picturesque small towns are strewn over the countryside.

Pokhara, a 25-minute or 7-hour drive from Kathmandu, is the starting point for most Annapurna hikes. You may hike into the Everest region from Salleri or Jiri or fly into Lukla, a beautiful alpine airfield, and skip the first four days.

For the more daring, travel to Nepal's most distant districts, such as the Dolpo, Makalu, and Kanchenjunga regions, where you may hide for a month among yak caravans and isolated valleys that have seen few western travelers.

Nepal is also a climber's dream come true. Climbing enthusiasts may choose from a variety of 6-7,000m summits, as well as eight of the world's fourteen 8,000m+ peaks for the ultimate challenge. 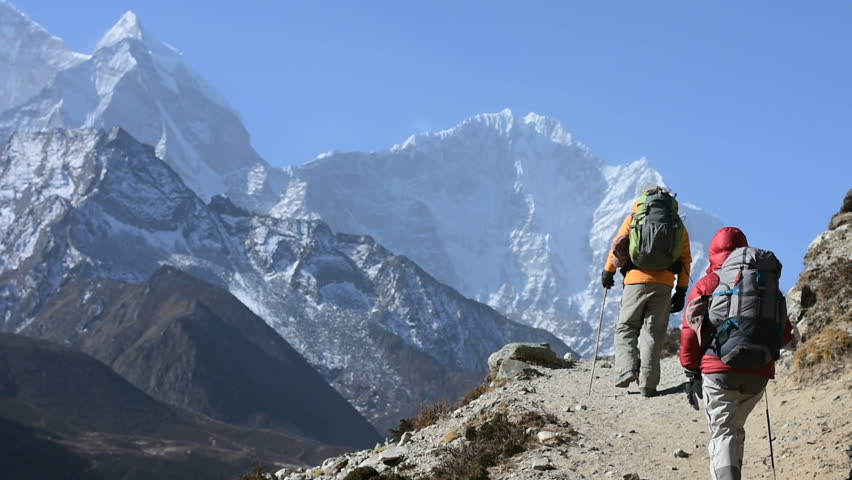 Enjoy a view of Mount Everest (By Air or By Foot)

Take an early morning scenic flight to Mount Everest for once-in-a-lifetime vistas. If the weather is clear, this one-hour flight departs from Kathmandu's domestic airport.

Tara Air and Buddha Air fly to the mountains from Kathmandu's domestic airport when the weather is clear.

Quick tip: Request a seat at the front or back of the plane so that the wing does not impede your view.

Alternatively, a helicopter flight from Kathmandu or Lukla is more expensive. Still, it allows you to fly lower in the deep valley and get up and personal with the beautiful peaks.

The most renowned view of Mount Everest is from Kala Patthar, where you can get excellent, close-up views of Everest, Pumori, Nuptse, and the Khumbu icefall and glacier below if you're trekking in.

Stay overnight at one of Yeti Mountain Home's luxury lodges across the Solu Khumbu, generally located at a beautiful viewpoint over the valley, for those seeking adventure with a taste for luxury.

Nepal is a world-class paragliding location that few people are aware of. To catch the constant thermals up over the lake with spectacular views of the entire Annapurna range, head to Pokhara, situated on Phewa Lake with Machhapuchhre as its backdrop. You may rest easy knowing that you'll be safely linked to your pilot.

Going on an overnight river rafting excursion with a company like GRG Adventure Kayaking is a fantastic choice for adventure seekers. Begin at a famous beach in Pokhara on the Madi River. Birds abound, including kingfishers, eagles, and kites (so are monkeys).

Class III rapids provide excitement as well as damp clothing. A secluded beach serves as the campground at night. The sound of fresh water running is so soothing that falling asleep is a breeze. It's back to the rapids the next day till the pullout.

Finally, considering Nepal's high terrain, bungee jumping is a beautiful way to get that final bit of excitement. In the words of Last Resort, "Imagine a bridge over a 160-meter-high tropical gorge, with one of Nepal's wildest rivers raging below… Now jump!" 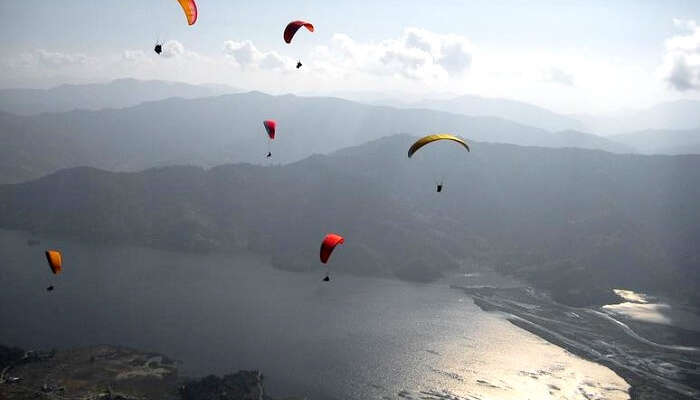 On one of Nepal's finest mountain bike trips, reach new heights without leaving the earth. Some routes are best left to the expert and the experienced because of the steep climbs and precipitous descents, while others are suitable for all skill levels.

Biking is becoming more popular as a way to experience Nepal's breathtaking countryside. Check out Unique Trails to get an idea of what sorts of bike rides are available.

Nepal is also an excellent trail running destination with a rising number of globally renowned races and a local celebrity in Mira Rai. The most fantastic part of trail running in Nepal is that you have established paths around iconic mountains, magnificent vistas to distract you from your exhaustion, and local lodging and food waiting for you each night in teahouses. It's difficult not to consider Nepal as one of the world's most extraordinary trail running locations.

Look no further if you're seeking peace of mind. Nepal has many centers and monasteries where you may get away from Kathmandu's madness and find peace at a nearby monastery or retreat. Take a look at one of Pranayama Yoga's retreats, for example.

You may also go on a yoga trek, which combines the best of both worlds: world-class hiking and daily yoga lessons with your yoga instructor. If you're just interested in day sessions, both Kathmandu and Pokhara have several yoga studios.

Enjoy The Ancient Culture Of Nepal

Pashupatinath is most spiritual around dawn or during a full moon. This large cluster of Hindu temples may be seen at the top of a long flight of steps that lead down to the holy Bagmati River. Hundreds of thousands of devout Hindu pilgrims visit this UNESCO World Heritage Site, with red tikka markings on their foreheads, a symbol of their dedication.

The Great Stupa of Boudhanath, constructed in the 5th century and surrounded by a bustling population of Sherpa and Tibetans, restaurants, and monasteries, is not far from Pashupatinath. When thousands of devotees pray and burn butter lamps, come here at dawn or dark, and the area comes alive.

As you circle clockwise to the chanting of "Om Mani Padme Hum," the Buddha's all-seeing eyes stare down on you from all four directions. "Hail to the jewel in the lotus," in literal terms.

Swayambhunath, famously known as the Monkey Temple, is located at the valley's edge. After ascending a long stairway surrounded by little Buddhist shrines, you'll arrive at a more miniature stupa that's just as spectacular as Boudha but more intimate and tinged with Hinduism. This is the stupa seen from most sections of Kathmandu while gazing out across the valley.

Lumbini, the birthplace of Lord Gautama Buddha, is one of Nepal's most well-known pilgrimage attractions outside of Kathmandu. Many tourists stop here for the night on their journey to India or Chitwan and pay their respects to this historic birthplace not far from the Indian border. Chitwan National Park is home to 45 different animal species and is located in the sub-tropical Terai plains of south-central Nepal. Monkeys, rhinos, antelopes, crocodiles, boars, and an abundance of birdlife may all be found here. After days of challenging hiking in the mountains, there are various local resorts where you can rest and enjoy the jungle.

Apart from Chitwan, Bardiya National Park in Nepal's southwest is the largest national park in the Terai lowlands and an excellent site to see tigers, rhinos, and wild elephants. Bardiya is less developed than Chitwan, making it an ideal choice for avoiding crowds. The Tiger Tops resort provides some luxury and a variety of activities and trips that will take you inside the park.